Recapitulation of the past events


Our company offers a car rent service for people who want to visit historical sites independently. We will introduce you with the main important historical facts about Kyrgyzstan. The history of a country is very rich and interesting. There are some details that can not be described in a short article. On your tours in Kyrgyzstan you will be able to ask questions from our guides, communicate with local people and see the lifestyle of nomads.

The tour program includes the visits to ancient scripts on the walls of gorges, which introduce us with the ancient life of nomadic tribes. Nomads were moving from pastures to pastures, with the yurts (collapsible dwellings), their stuff and cattle. The history of Kyrgyzstan is about 2000 years old, the Kyrgyz tribes were mentioned in the written notes in 201 BC.

It is possible to rent a car and travel by our own. During the tours you will enjoy the amazing mountains and see the development of art and culture of the ancient people. The prominent cultural site is the Rock Art Gallery in the Issyk Kul region, in Cholpon-Ata. This place was the center of spiritual life of the Bronze Age. The walls of the rocks are covered with petroglyphs. There are images of goats, bulls, horses and all of the animals, scenes of usual life like dancing and communicating. 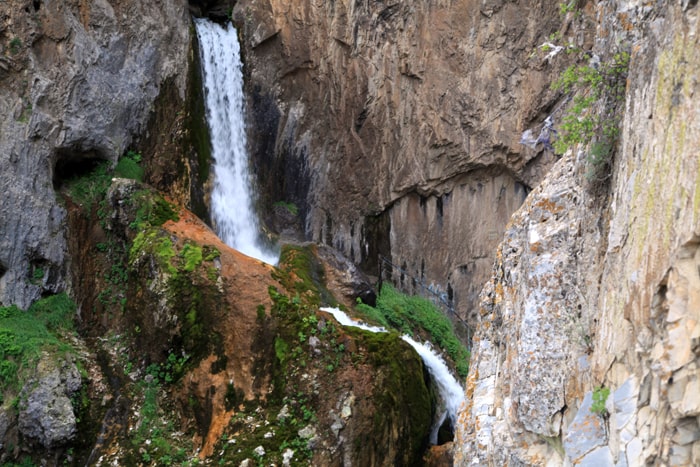 Generally speaking the history of the country starts in Chinese notes in 201 BC. The ancient history belong to the period between 1000 BC and 300 AD. Kyrgyz people were described in the chronicle “Historical notes”. They are mentioned in the history of 5 peoples who opposed the Hunnu. Other notes are contained in the chronicle Han-shu of historian Ban Gu. Nowadays various scientists are convinced that the state of the ancient Kyrgyz was located in the Eastern Turkestan.

The period of 1200 to 1400 is full of the tragic events, as there were numbers of invasions of the Mongols. After the Mongols conquered the territory, rather developed culture of Turkic started to decline. In 1207 the Yenisei Kyrgyz fell under the oppression of Chenghiz Khan. After that in 12-15th centuries the nomads took the religion Islam. At that time, they were connected with Persian, Arab and Turkic traders.

In the 15th century, Kyrgyz people started moving from South Siberia. From 15th century to the 19th century, some leaders of Kyrgyz tribes tried to unify people, but they could not create Kyrgyz state.

In the period from the 18th century to the beginning of the 20th century is characterized as the process of joining the Kyrgyz to the Russian Empire. The Northern Kyrgyz tribe sent the representatives to Russian Empire. In this way, it wanted to strengthen their position in the region and protect themselves from external and internal threats. Internal threats were coming from the Southern tribes, which were against the annexation with Russian Empire. As a result they were joined by force and the nomadic way of life was replaced by the agricultural and citizen-like.

In the beginning of the 20th century, in 1917, the Bolsheviks came to power. The Russian Empire turned into the Soviet Union. The main ideas of Bolsheviks revolution was an idea of equality of all people. They were against the exploitation of the people. Political and cultural life of the country started to develop. The education was also improved. Statehood of the Kyrgyz people got a status of autonomous region and then it became a republic. As the communist state was atheistic, Kyrgyz people faced the prohibitions to believe in God, have any faith.

In 1991, The Soviet Union collapsed and Kyrgyzstan became an independent state. As a result of a serious political change, the country struggled with crisis in political, economic and social life. The level of life decreased, the unemployment became one of the prominent problem. The country created the own flag and anthem. In 1992 it became a member of the UN, in 1993 had taken the Constitution. Nevertheless, the situation in Kyrgyzstan was not stable. There were revolutions in 2005 and 2010. Nowadays it is peaceful state and popular destination for tours.